Condair has designed, manufactured and supplied a spray evaporative cooling system that conditions the air across a 15-hectare site in the Saudi Arabian city of Medina by up to 10°C.

Medina is the second most important pilgrimage site in Islam and is home to one of the largest mosques in the world. Millions of Muslims make an annual pilgrimage to the Saudi city, which is hot and dry all year round.

In the sun, the temperature often rises to 50°C. In order to provide visitors to the outdoor site with greater comfort, large umbrellas have been erected to provide protection from the sun. There are a total of 250 sun umbrellas, with each one providing shade for an area of around 600 m².

During a visit to the USA, the King of Saudi Arabia saw an outdoor air conditioning system that vaporized water, thereby cooling the air. The King was so enthusiastic about this technology that he wanted to install a similar system under the sun umbrellas in Medina.

The supplier of the large umbrellas first attempted to develop a suitable system himself. When this proved unsuccessful, he turned to Condair. Within just a few months the supply contract had been signed. Condair then developed the special parts, including a special pump station that could be integrated into the enormous sun umbrellas. These water pumps are installed at a height of six meters directly below the light fixtures. In addition to the pumps, Condair also supplied the spray elements that are installed on the ventilators and discharge vaporized water.

Two of the biggest challenges were the requirement for an extremely low noise level and the limited space available for installing the water pumps.

As only Muslims can access the prayer site, Condair provided training for the installation mechanics so they themselves could manage both the installation of the pump stations and the necessary hygienic control for the entire system. When all the systems are operating 50,000 litres of water per hour can be vaporized. This results in a pleasant and appreciable drop in temperature of up to 10°C across the site.

Once the prototypes had been approved at the end of 2010, all 250 pump stations were manufactured in spring 2011. The installation was completed in August 2011 and since then pilgrims to the site have been enjoying cooler air temperatures thanks to the biggest outdoor evaporative cooling system in the world.

Back to the News overview 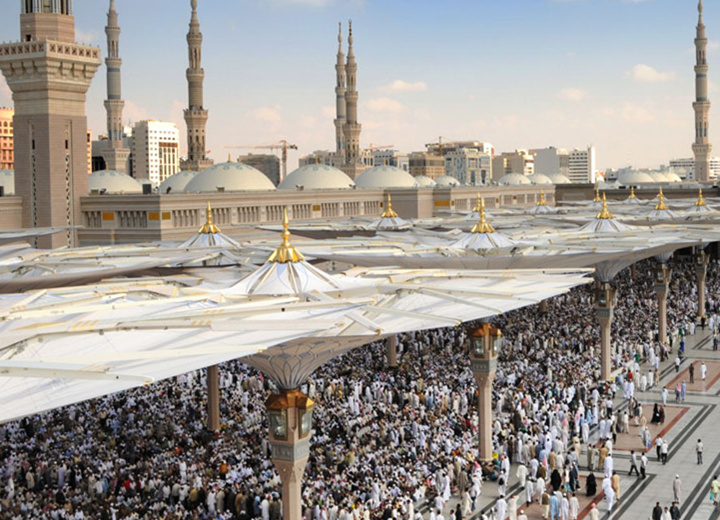 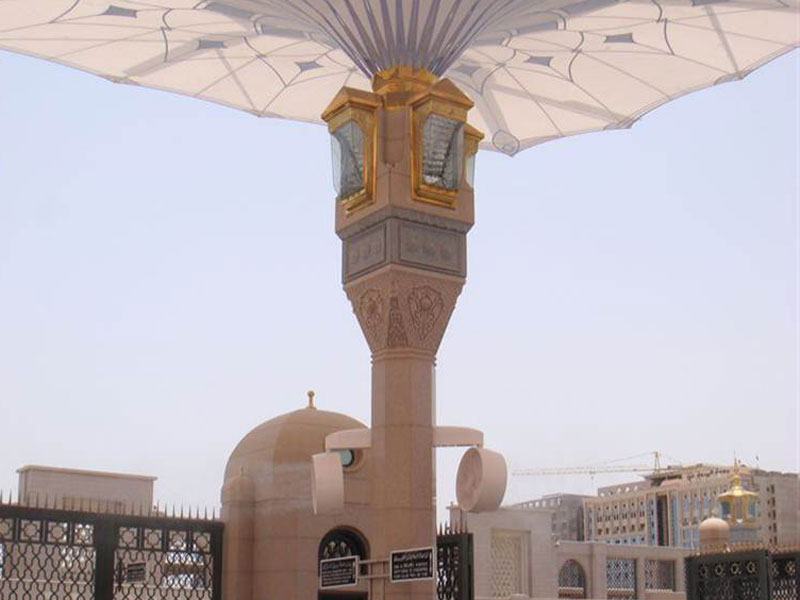 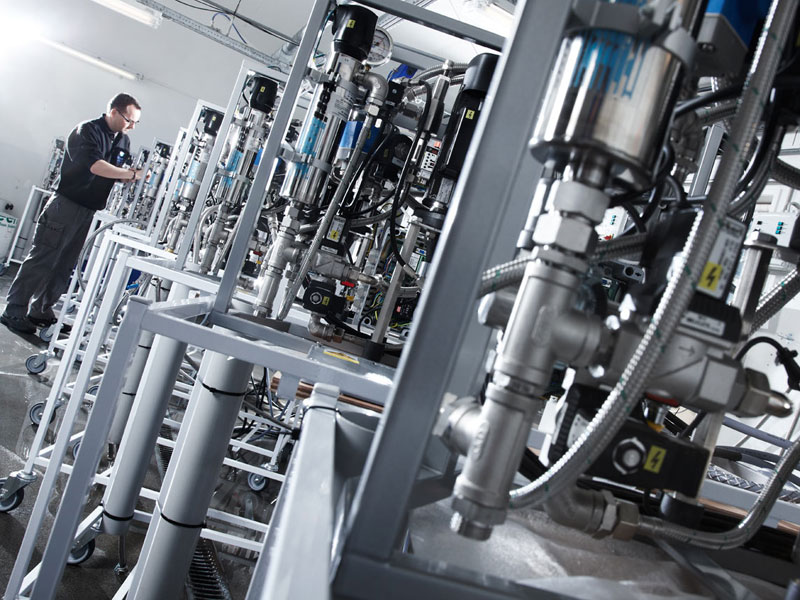 Get free expert advice on your next outdoor cooling project 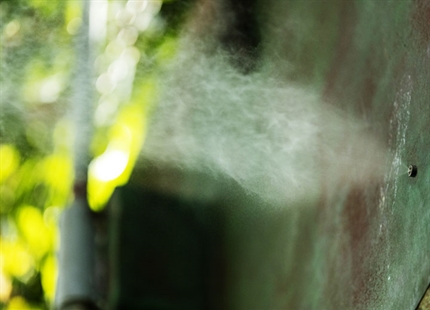 An outdoor evaporative cooling system designed and delivered by Condair will provide the amount of cooling needed, fit seamlessly with the surrounding architecture,...
Click here 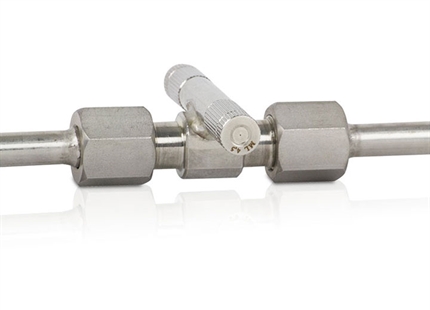 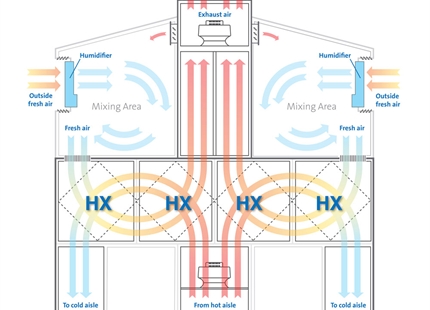 The Condair ME evaporative humidifier is providing adiabatic cooling in an innovative indirect cooling system from EDPAC at the Cork Internet Exchange (CIX) in Irel...
Click here 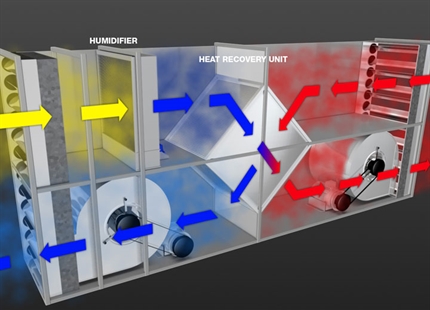 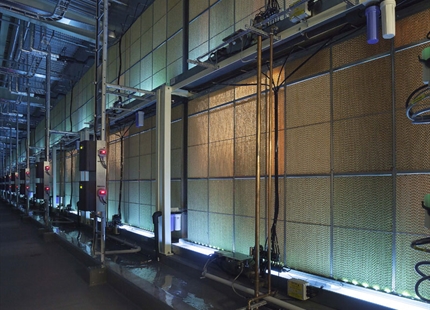 Condair humidification systems are maintaining the humidity in Facebook's new data centre in Sweden. In keeping with its state-of-the-art efficiency, the facility i...
Click here 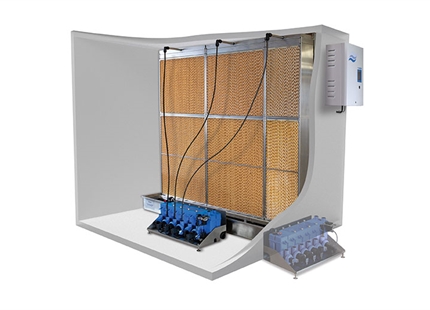 The Condair ME provides low energy humidity control and evaporative cooling to an air handling unit or duct. Its innovative and patented features, such as internal ...
Click here 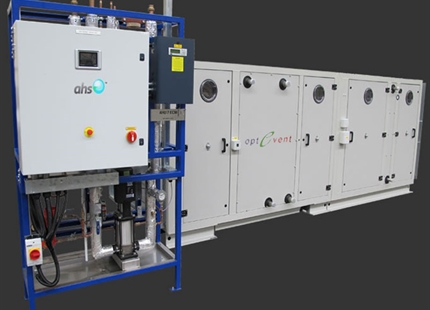